Tattoos For Men – An Ultimate Guide

For centuries now, tattoo art has been used as a popular form of body embellishment for both men and women. From being used as symbolism of tribal culture to becoming a style statement for the youth of today, tattoos have traveled a long, long journey in the realms of time. Though these are equally loved by men and women, there was a time when tattoos were considered as a symbol of masculinity and many times, tattoos for men were spotted on sailors, hippies, criminals and people belonging to gangs.

Today, however, tattoos are worn for representing the attitude of the bearer as well as to grab the attention of the crowds. Men’s tattoos need to be masculine and should represent strength, valor, and determination. The designs for tattoos on men may be suggested by experienced tattoo artists or can be chosen by the bearer himself, depending upon what he wants the tattoo to convey. Since tattoos are more of permanent nature and are hard to get removed once etched on a person, it is imperative that the design for the tattoo should be chosen with great care and conviction. Moreover, you have to invest a great deal of time and money to have a tattoo inked and the amount of pain to be borne in the process is considerable too, which makes choosing a tattoo design even more crucial for men as well as women.

Tattoos, which are once inked on a person, become a part of his or her personality and stay with them for a lifetime. Also, the purpose of a tattoo is to grab the attention of the onlooker, which makes its placement all the more important. At the same time, it should be placed in such a manner that it is as easy to catch attention with it as it is to conceal it. Sometimes, the bearer of the tattoo may be required to hide the tattoo for some professional reasons or otherwise. Tattoo designs for men are preferred in masculine spots such as the chest, shoulders, back, side, stomach, arms, legs, thighs, spine, neck, wrist, sleeve and ankles.

Sometimes, men even get tattoos on their face or head. The actual decision about the placement of tattoos is made on the basis of design and size of the tattoo, whereby larger designs are featured on larger surfaces such as the chest, back, side and stomach and smaller ones on the smaller areas of the body. Also, the placement of the men tattoos adds a special significance to their designs. For instance, chest tattoos with name of the loved ones can replicate your love for them as these tattoos are located close to your heart, while tattoos on the shoulders and forearms stand for masculinity and power of men. It is important to understand the symbolism of the tattoo as well as the significance of having it inked on a certain part of the body, before you actually have it inked.

Most Popular Tattoos For Men

The variety available in men’s tattoo designs in extensive as male tattoos have been in vogue since times immemorial. For centuries now, masculine designs have been evolved by tattoo artists as well as tattoo lovers, who have brought ahead original ideas and concepts to create cool and unique design ideas. Here are some of them:

Tribal tattoos have been eternal favorites for men since times immemorial, as they were used by the tribes in the ancient past to mark a person as a member of their clan. Till date, these stylish and masculine tattoo designs are desirable for men of all ages and classes. Most of them are done in the customary black or grey ink and comprise of vivid lines and patterns. They are usually large in design and are ideally placed on the back or chest areas. Tribal tattoo designs are equally soughing after among women too.

Another well likes tattoo design for men is the cross tattoo, which incorporates the most important symbol of Christianity. Though the cross is usually associated with the religion and religious feelings of a person, the cross tattoo is revered equally for its looks as it is for its religious value.

Many men love to bear the tattoo design which contains heart as the main element. The heart stands for love, passion and emotions and many times, this tattoo design is made to include the name or initials of a loved one, or some meaningful quotes.

Another popular tattoo design for men is the sleeve tattoo, which comprises of intricate and prominent pattern inked all across the arms of the bearer, which resembles the shirt sleeve, thus giving it the name of the sleeve tattoo. Sleeve tattoos look very masculine and are greatly eye-catching, which makes it a favorite among men of the younger generation.

The angel wings tattoo design is another desirable tattoo design for men and women. It is usually seen on the back or the chest and symbolizes the purity and kindness associated with angels.

Skull is another design element which is reaching the heights of popularity as a part of tattoo designs in the modern tattoo art. Men usually favor this design element because there is a masculine quality about it. In addition to its aesthetic value, the deeper symbolic meaning of the skull tattoo also accounts for its popularity. The skull depicts rebirth and eternity of life, which means that life never ends.

The best tattoo design for men which is preferred by men is that of biomechanical tattoos, which depicts the parts of the human body functioning as if they were the parts of a machine. Most of the time, they can be spotted on the shoulder, chest or back and have an amazing eye-catching quality.

Flowers are usually associated with femininity but men too love to have floral tattoos inked on them, with rose and lotus being the most popular flowers to be included in these designs. Many times, certain design elements like the skull, arrow, anchor and cross are included in floral designs to make their overall look more solid and masculine.

Tattoos have been popularized by sailors in the distant past and most of the tattoos used by sailors had elements of the seas included in the designing, which included anchors, waves, koi fish and swallows, to name just a few. Anchor tattoos continue to be popular as tattoo designs for men, even decades later.

The design options in tattoos for men is actually endless as both, the tattoo designers, as well as the tattoo enthusiasts, continue to look for creative and innovative designs, which can help the bearer create a unique visual impact. Some other design elements which have found a place in tattoo ideas for men are birds, clouds, arrows, music noted, Roman numerals, dragons, lions, tigers, nautical stars, compass and the list goes on and on. In addition to the design element, another thing that really makes a difference is the color or colors used in the inking of the tattoo such as white ink tattoos are trending these days. Though black and grey remain the ultimate choice in men’s tattoos, these days, artists have started using several vibrant colors in tattoo designs to make them more attractive. A white ink tattoo is also an option, but they are mostly not recommended for men because they lack the prominence which is needed for a tattoo to be masculine. While selecting a tattoo design for himself, a man should not only consider its aesthetic value but also its symbolism as tattoos are more about one’s attitude and thinking. It is a way of being clear about your attitude and perception towards life, without being too loud about it.

Choosing a men’s tattoo design is a big decision to make for men as they have to get something which they can stick to for a lifetime. Though it has now become possible to have a tattoo removed for good, but it is a complicated and expensive one. Therefore, it is better to be safe than sorry and get a design you can keep forever. For a tattoo design for men, it is essential to be masculine as that is the very purpose of the tattoo. It is better to look for a reputed and experienced tattoo designer who can create a good design as well as give feasible suggestions for selecting the same. A bit of research on your end can also be of great help in finalizing the design. For this purpose, you can consult some good books or websites for new designs. You can also enlist the help of a friend who is interested in this art form. Be careful about choosing its placement on the body too because a right tattoo on the wrong place will not do you much favor.

Remember, a  male tattoo will be a part of your personality for the entire life ahead. Therefore, it is essential to be very sure about the men tattoo design before you have it inked on your body.

For better user experience we split the collection in several pages, please find pagination, in the end, to proceed on next pages. 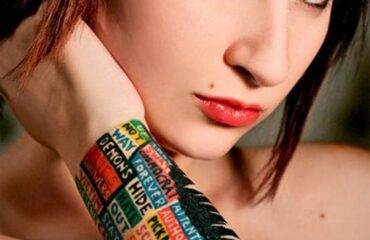 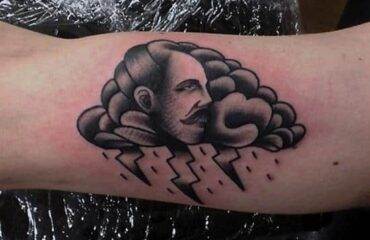 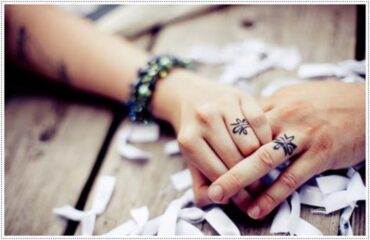 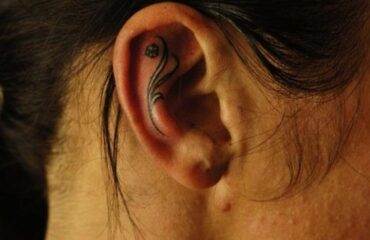 Sensuous Inner and Behind The Ear Tattoos 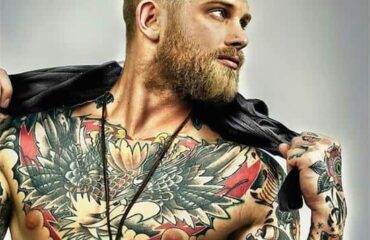 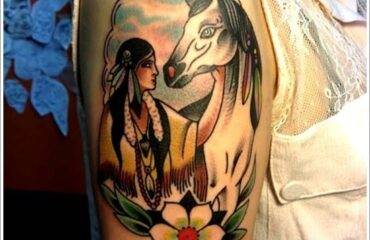 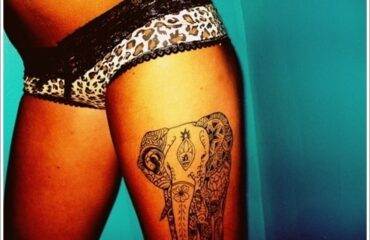